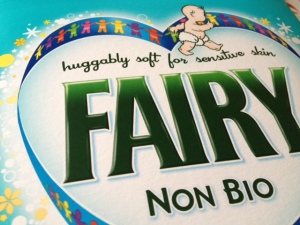 #1 “Mistakenly thinking that, in the absence of my usual washing powder, an egg cup of washing up liquid would do the job just as well. I came back into the kitchen 20 minutes later to find frothy white bubbles oozing out of the washing machine, along our brand new hardwood floor and out the kitchen door.”

#2 “Arriving at a funeral early and thinking I may as well go inside out of the cold, joining four or five other punctual mourners in getting a pew. Or so I thought. Minutes later, as the doors closed over, I realised that I was in fact attending the funeral service directly before the one I was supposed to be attending. There was nothing I could do but sit there for the duration then try and make a bolt for it before the family could quiz me on how I had known their elderly mother.”

#3 “One freezing cold night when I had a football match on I sprayed a Deep Heat-like treatment liberally all over my legs thinking it would keep them warm. No sooner did I get outside than my legs started to burn like hell and I had to fake an injury five minutes into the game in order to get myself subbed.”

#4 “Leaving the room when my two year old was painting and returning to find she’d happily painted from her fingertips to her elbows in thick black oil paint.”

#5 “Post-pub, going home to a friend’s house and tucking into pakora and a side dish of bright pink sauce while sitting on their pristine white sofa. Well, it was pristine…”

#6 “Buying a round of Aftershock then when some of the group refused theirs, drinking the spares. A decision that resulted in an aftershock all of its own: a handbag full of sick, a two-day hangover and six months off alcohol altogether.”

#8 Lending a boyfriend my spare mattress for his new place to save him shelling out more cash at an already expensive time. Weeks later we split and I found myself shelling out hundreds of pounds to replace my own spare mattress.”

#9 “Assuming someone was gay without actually checking, mentioning it in passing to friends at a party then later finding myself confronted by the (now very angry) person in question who, it turned out, wasn’t gay at all.”

© Lesley Dougall Copywriting Limited and 10thingsby.com, 2014. Unauthorised use and/or duplication of this material without express and written permission from this blog’s author and/or owner is strictly prohibited. Excerpts and links may be used, provided that full and clear credit is given to Lesley Dougall Copywriting Limited and 10thingsby.com with appropriate and specific direction to the original content.
Loading Comments...
Comment
×
%d bloggers like this: